Malta will be using vaccine certificates to help "gradually" restart some cultural and entertainment events from July, Health Minister Chris Fearne has indicated.

"Vaccine certificates will allow us to begin restarting social activities, cultural and commercial events as of July in a safe way that provides the safety afforded by herd immunity," Fearne said on Monday.

He emphasised that the restart of events would be a "gradual" one and made it clear that the plans do not contemplate the resumption of large-scale mass events for the time being.

It was previously announced that theatres and cinemas can reopen from June 7 but no firm dates were set for the resumption of mass events like festivals and concerts.

Authorities are also considering introducing a law that would make a vaccine certificate a mandatory requirement for all travellers boarding a plane to Malta.

The certificates, which will show whether a holder has been vaccinated against COVID-19, are likely to start being issued "in the coming days", he added. Plans to introduce an EU-wide legal framework for such passes was given the green light by MEPs last week.

In their current proposed form, Malta's certificates will only show whether a person has been inoculated against COVID-19, unlike the certificate that the EU is planning on creating, which will also include details about any previous infection as well as test results.

Fearne's announcement suggests that Malta will be following the lead of countries such as Israel and Denmark and cities such as New York, where such passes are required to enter shopping malls, concert venues and other such spaces.

The legal framework for such passes has been in place since last month, though that legal notice only specified that vaccine passes would be used to ease travel between Malta and other countries.

Fearne said that the government was engaged with talks with the entertainment sector lobby to thrash out the finer details of how events could "gradually" resume, and reassured stakeholders that the reopening plan currently in place could be modified as the pandemic situation develops. 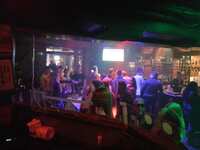